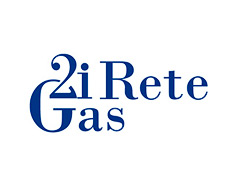 2i Rete Gas (formerly Enel Rete Gas) is the first "independent" player in the gas distribution sector, that is not operating in marketing gas sector.

As of today, after these acquisitions 2i Rete Gas have a market share of 17.2% in terms of volumes of gas distributed with 6 billions of m3 of gas distributed and 4.4 millions of users in 2,200 municipalities, served through a network of approximately 66,000 km. Operating throughout the national territory and engaging in several projects of distribution network construction in the Southern Italy, the company is necessary for the consolidating and the strengthen of Italian gas distribution market, that is very fragmented but characterized of aggregations favored by tenders through Ambiti Territoriali Ottimali (ATO).