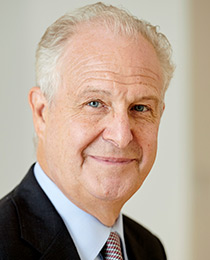 At F2i since 2007, he is Senior Partner and Risk Manager. He managed the entire start-up phase of F2i for the Operations part.

Previously, he worked for 15 years (1983-1998) for the Bank of Italy, at the Research Department, the Bank’s Delegation in Paris and at the Foreign Relations Department (management of currency, official currency reserves and the Treasury’s foreign financing). In particular, during his time in the Foreign Relations Department, he participated in the Treasury’s financing activities on international markets (an activity then carried out by the Bank of Italy in the name and on behalf of the Treasury), working on issues in all major currencies (operational market analysis, choice of instruments, pricing, choice of lead manager, syndicate composition, distribution, contracts) and he was in charge of a multi-currency ‘swap book’. He later managed the Bank of Italy’s foreign currency reserves and modernised and streamlined the treasury and investment activities.

He graduated in Economics and Social Sciences (DES) from Bocconi University in Milan.