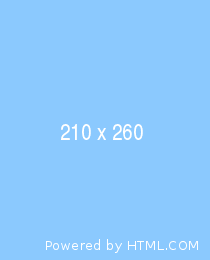 A lawyer since 1997, Massimiliano Cesare, acting as receiver of corporate and real estate assets for the Court of Naples and the Public Prosecutor’s Office, has administered the company and property assets of gang members involved in organised crime, leading to seizure of the assets. To implement these measures he worked in collaboration with the Organised Crime Investigative Group (the  ‘GICO’) developing extensive experience in the management and administration of company and property assets seized (pursuant to art. 321 of the Code of Penal Procedure) and/or in preventive measures.

He has collaborated with the Government Commission set up to develop proposals, including financial, to fight crime, in particular examining relations between the economy and organised crime. In his legal practice, he has helped manage turnabout operations in financially tricky situations. In particular, he has been involved in the registration and management of arrangements with creditors and bankruptcy proceedings, take-overs and corporate governance. An expert in commercial law, with particular reference to company law and disputes, he has been  the fiduciary lawyer of the bankruptcy section of the Court of Naples, also for cases involving  the responsibilities of managers pursuant to arts. 2393 and following of the Civil Code.

In 2013 he was Economic and Legal adviser to the Presidency of the Council of Ministers for the Government led by Enrico Letta, responsible for dealings with Italian enterprises and companies.He represented the Presidency in dealings with undersecretaries and economic ministries, gaining direct experience in the legislative process and administrative measures. He also helped ensure that legislation was introduced in a correct manner, both in form and substance, pointing out any possible weaknesses or flaws. He acts as advisor to the Cassa Depositi e Prestiti SpA to define the Group’s lines of strategic development.