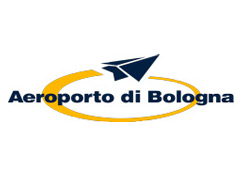 Bologna Airport SpA is the management company of Bologna Guglielmo Marconi Airport, under a forty-year concession expiring in 2046.

With a traffic of 9.4 million passengers in 2019, the Bologna airport is one of the largest in Italy for number of international destinations served and the second between regional airports (excluding the airport systems of Rome, Milan and Venice). It is located in a region, Emilia Romagna, with strong business vocation and with a strong potential for further development, including tourism.

The airport intends to build a major infrastructure development plan, in order to expand its available capacity.

The Company is listed on the Stock Exchange since July 2015.

In portfolio
Third Fund F2i Fund through 2i Aeroporti S.p.A. – holding 51% owned by the Third Fund – and its subsidiaries