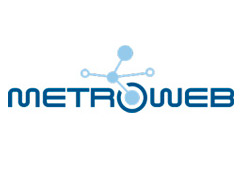 The Metroweb Italia Group was established in 2011 with the acquisition by F2i First Fund of the controlling interest in Metroweb SpA, owner and operator in the Milan metropolitan area of the largest fibre optic network in Europe, with over 3,200 km of civil infrastructure and 7,200 km of cables.

In October 2012, the acquisition of 85% of Metroweb Genova SpA (formerly Saster Net SpA), the company managing the optical fiber network in the city of Genoa, with over 230 km of civil infrastructure and 365 km of cables, was finalized.

At the end of December 2012, FSI (Fondo Strategico Italiano, controlled by CDP) made it’s entry into the capital of Metroweb Italia, with a 46.2% stake (F2i retained control of 53.8% of the capital).