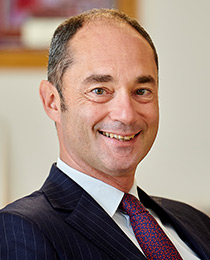 In F2i since 2009, he is Partner of the Equity Investment Team. In F2i, he worked on investments and divestments in the telco optical fibre industry (Metroweb). He dealt with the acquisition by F2i of SIA in consortium with the CDP’s Strategic Fund. More recently, he has managed several successful transactions in the solar sector (with the creation of EF Solare Italia in joint venture with Enel, the acquisition of Cogip, Eon, Ardian, Etrion and Rtr portfolios) and contributed to the acquisition by F2i of the biomass operations of San Marco Bioenergie and Enel.

Earlier, he was a Partner of Clessidra Infrastrutture and worked on acquisitions in the steel and renewable energy sectors. Within the Clessidra Group, he was Business Advisor for the infrastructure and energy sectors.

From 2003 to 2006 he worked as Corporate Development Manager for the Autostrade Group, participating in important international M&A transactions including the acquisition of Stalexport S.A. in Poland, the acquisition of Costanera Norte in Chile and the sale of electronic toll company Europpass to the Austrian government. He has also managed a number of motorway transactions in Italy, including project finance initiatives for the Prato-Signa link and Pedemontana Veneta.

Before joining Autostrade, he was Senior Manager of Accenture’s Corporate Development Division, where he played a key role in promoting joint ventures with industrial partners such as Benetton, Barilla, Fiat Finance. From 1995 to 1998, as an assistant to the Chairman of Luxottica Group, he participated in the acquisition of US Shoes Inc. and managed the turnaround of the group’s US-based companies.

He is a member of the Board of Directors of Infracis (toll road holding), Ei Towers and of some companies of the ReLife Group.

He graduated in Business Administration from Ca’ Foscari University, Venice.